Where foodies eat, meet, laugh and learn. See What's On!

Our Chefs Love to Share their Experience with You

Our chefs are specialists in their field.  They have a wide range of skills and specialities for YOU to draw from.  We are Brisbane’s friendliest and most enthusiastic cooking school, we work hard to make sure every single one of our students leaves with a new and exciting set of cheffy skills to dazzle and amaze their friends and family.  The Vanilla Zulu tribe is one big happy foodie family, we are a great team that always strive to improve our skills, our classes and our menus.  We can’t wait to take you on a culinary adventure. 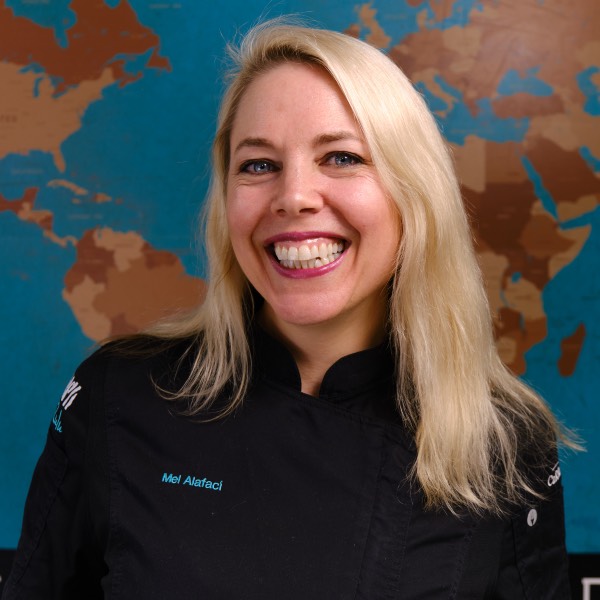 Executive Chef & Director. As a published author, mother of two and determined businesswoman she certainly has her hands full, but food is her passion and drives her to discover bigger and better ways of getting people inspired. Read more below… 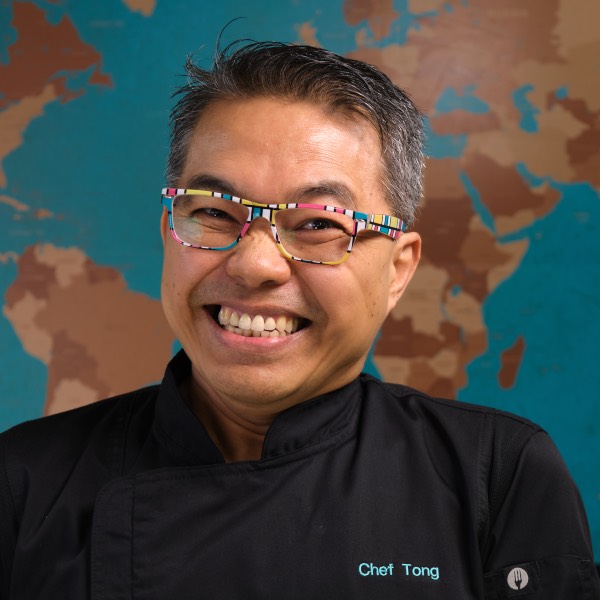 Chef Tong hails from Chaing Mai in Thailand and is also a professional fruit carver. Chef Tong runs our Asian Street Food, Around the World, Authentic Thai Cooking Classes.  His passion, and wealth of knowledge, make him very popular with our amazing foodie clients. 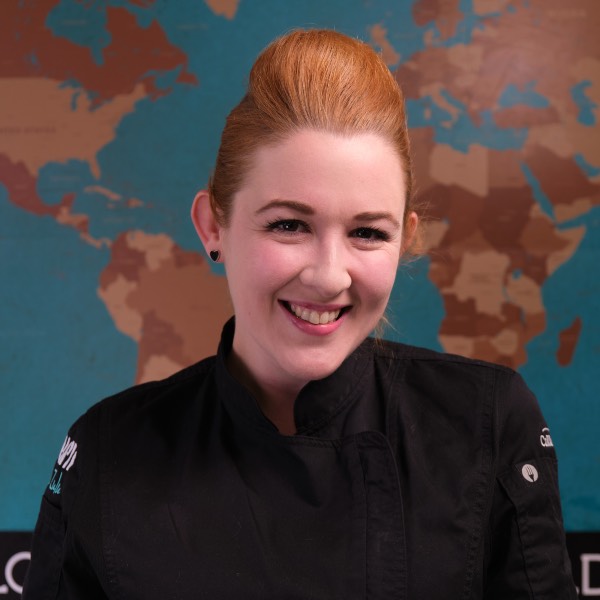 Chef Elle MacLennan is trained in French, Italian and Patisserie and has a wealth of knowledge and technical skills that she is happy to share with her passionate foodies. No matter your skill level Chef Elle will help learn and enjoy your cooking class. 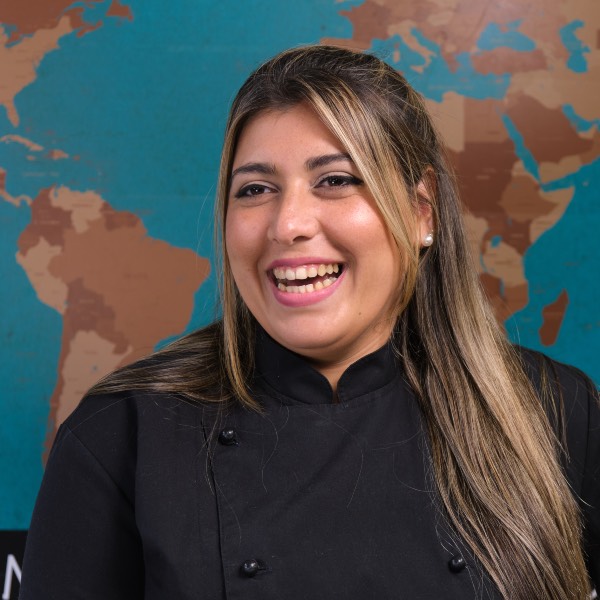 Chef Luciana Aguirre hails from Argentina.  With her Turkish and Italian heritage and a passion for Mexican and Brasilian and Spanish cuisine, she is certainly a chef who can take you around the world! She is also a senior specialist in gastronomy and Haute Cuisine and is also a qualified pizza and pastry chef. 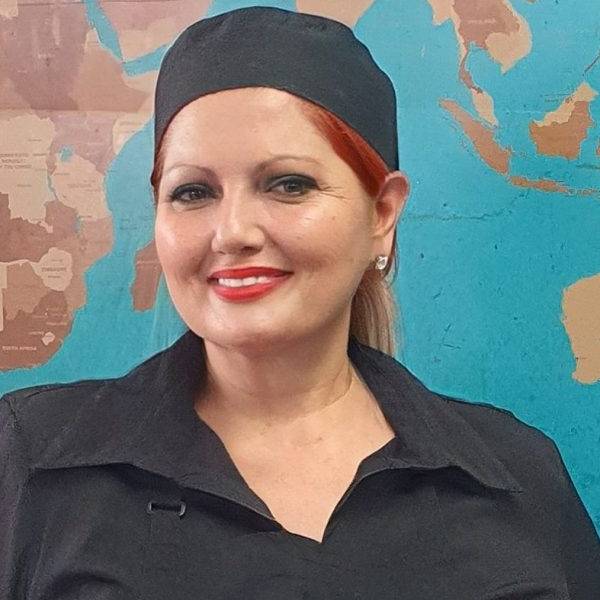 Chef Ada is our Lebanese, Middle Eastern and Moroccan specialist.  With some amazing cookbooks to her name, many wonderful appearances on stages on food shows and the like, we are so excited to have her bubbly enthusiasm at Vanilla Zulu! 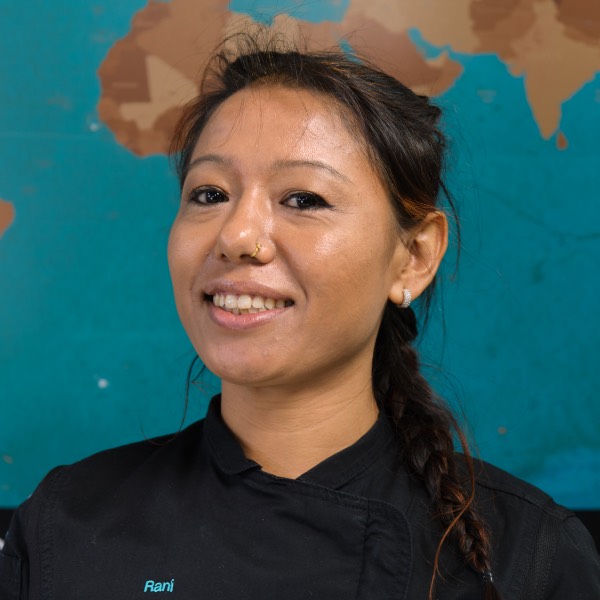 Chef Rani is our wonderful chef hailing from Butan, she brings with her a wealth of fabulous foodie knowledge to share with you. Her wonderful kind smile makes her very popular with all of our students. 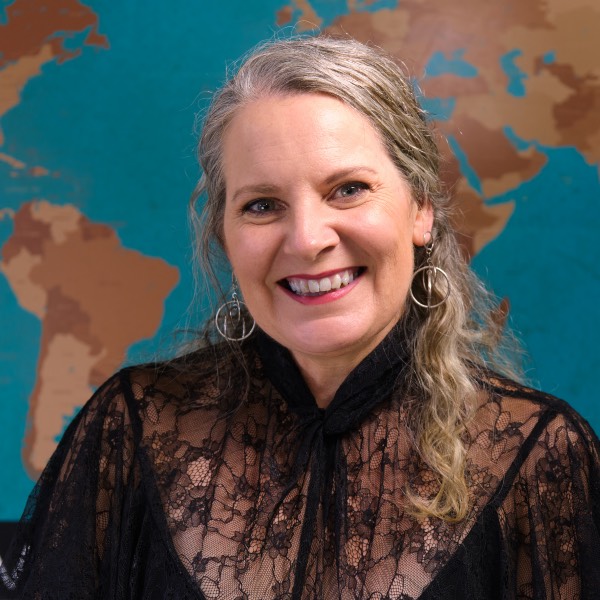 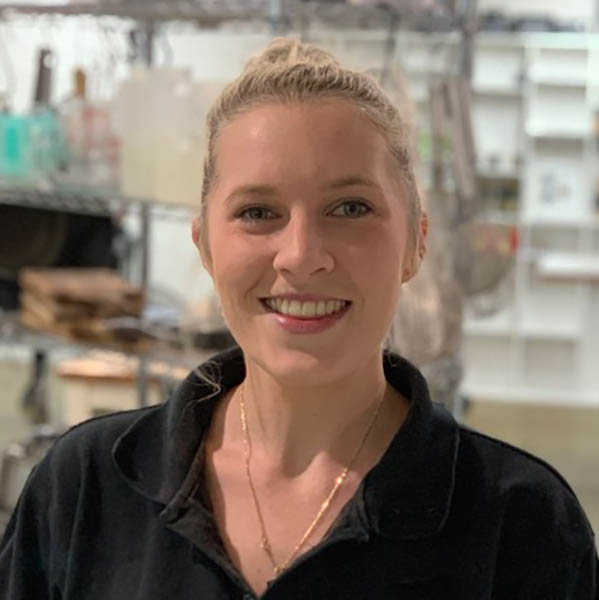 With a relaxed atmosphere and a team of very experienced and passionate chefs, Vanilla Zulu runs entertaining and fun cooking classes as well as team building activities and events for both serious ‘foodies’ and newbies who want to learn how to ‘go wild’ with food.

Vanilla Zulu however, is not her first cooking school. After years of ‘working for the man’, putting up with long hours and terrible pay, Melanie was determined not to let her life long passion of food and cooking slip away through commercial kitchen stress and ventured out on her own.

In 2001 back in sunny Durban South Africa, Melanie humbly opened Gecko Culinary Adventures from a granny flat attached to her home. It was the first school to offer a form of teambuilding and an interactive experience through cooking in the area, which won her four business innovation awards. Her bubbly personality gave her local celebrity status and scored her frequent guest spots on local food shows and magazine articles.

Melanie’s love for cooking was not something that started out of boredom however, like Gecko; she was brought up in even humbler beginnings. Born to a mother and father who lived in the Zambezi Valley bush in tented camps, Melanie’s father was one of the last great white hunters employed to control the spread of Tsetse flies in the early 70’s.  Melanie’s family fled the Rhodesian Bush War for rural South Africa in the early 1980s after two family members were shot and killed by terrorists in the worst of it in 1979. Melanie remembers walking over the border with nothing but two suitcases, $80 and the clothes on their backs.

Cooking quickly became a comfort for Melanie who grew up on remote farms where entertainment was sparse!

Melanie’s parents intuitively gave her a cookbook at age five which her brother would read the recipes aloud while she concocted her food masterpieces.

Melanie completed her formal chef training in Durban in 1994 and decided to head abroad to boost her career. Always quick to make friends, locals would bring Melanie all kinds of local fare on which to work her culinary magic, such as exotic berries and pheasants with the feathers still intact! One of her fondest memory during this time was cooking for Dusty Springfield at the Cregg Castle in Galway.

In 2008, Melanie decided it was time to move from South Africa in search of a safer life for her and her two young sons. The fire in her belly was still raging with the love of food, which is why in 2011 we saw the opening of Vanilla Zulu Culinary Adventures.

As a published author, mother of two and determined businesswoman she certainly has her hands full, but food is her passion and drives her to discover bigger and better ways of getting people inspired.  Her new Cooking Show, produced at Vanilla Zulu in Wilston for YouTube is a series of fun and fabulous recipes to get that round of applause with every meal you make.  The cooking show ties in with her latest book, The little black book of culinary bling as featured in the Great Taste magazine in the USA, available from Amazon.com. She also has launched her own online store so you can now purchase her own range of Vanilla Zulu's Culinary Bling! Behind the scenes, Melanie consults for some of Australia’s leading food producers, so her gourmet flair is unwrapped and enjoyed by many on a daily basis!

A master at creating Australian and international cuisine, Mel prides herself on her ability to teach her Vanilla Zulu participants important culinary skills whilst ensuring everyone is actively involved in the cooking experience. Her ‘Zulu” heritage makes this chef just a little more ‘wild’ and exciting with a splash of African flair finding its way onto her plates.

"Vivacious Melanie Townsend holds court with aplomb. An interactive class that flourishes with lots of wine and laughter. Even shy students will be coaxed into the cooking action!" Tracy Gielink, Food and Home Magazine

"Townsend, a bubbly, intelligent woman whose classes are fun and relaxed...." Omeshnie Naidoo, The Mercury Newspaper 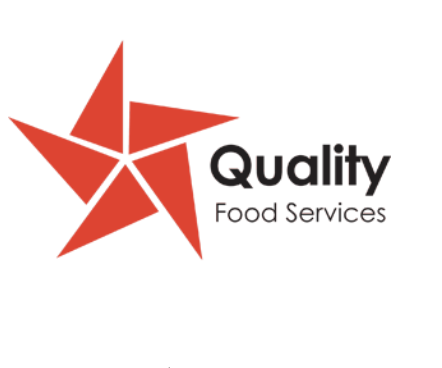 Our loyal and dedicated suppliers.  We can’t recommend the team at Quality Food Services enough. 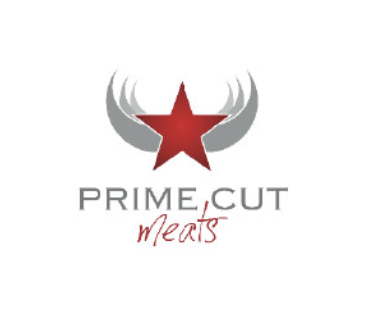 Our amazing Prime Cut Meats team is always willing to help us find the perfect range of products to help us exceed the expectations of our amazing customers.

For absolute quality and an extremely varied range of products, give the friendly team at Prime Cut Meats a call. 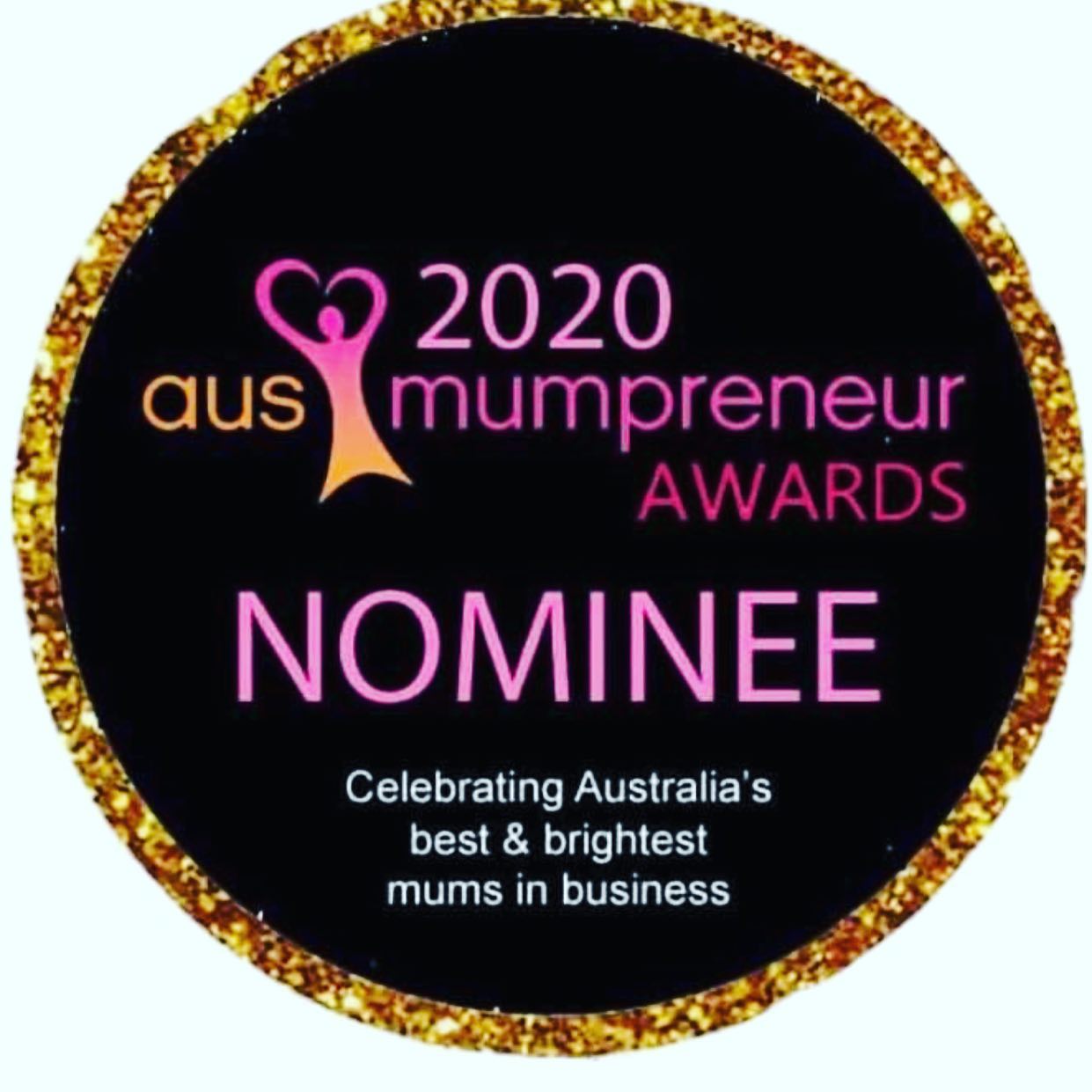 Chef Mel is very excited to be one of the AusMumpreneur Nominees for the 2020 awards.

Visit AusMumpreneur to find out more about this amazing celebration of mums in business.

Chef Mel uses Carrol Boyes pieces both at home and at work. She is a proud brand ambassador for the range of functional art which is now a global sensation.

Visit Carrol Boyes and see which piece would suit your foodie lifestyle.

For all your kitchen needs

Chef Mel wears Chef Works uniforms for work and appearances.  She is a proud ‘Chef of Chef Works’ ambassador for the range of functional womans chef and hospitatity wear, enjoying the comfort and style of the range which embraces the female form.

Visit Chef Works and see which uniform would suit your style.

Have fun mixing it up

Visit Basilea and Farmer Sarah Heath will dazzle and amaze you with her amazing living herbs and flowers.